Travelling to Africa during Covid 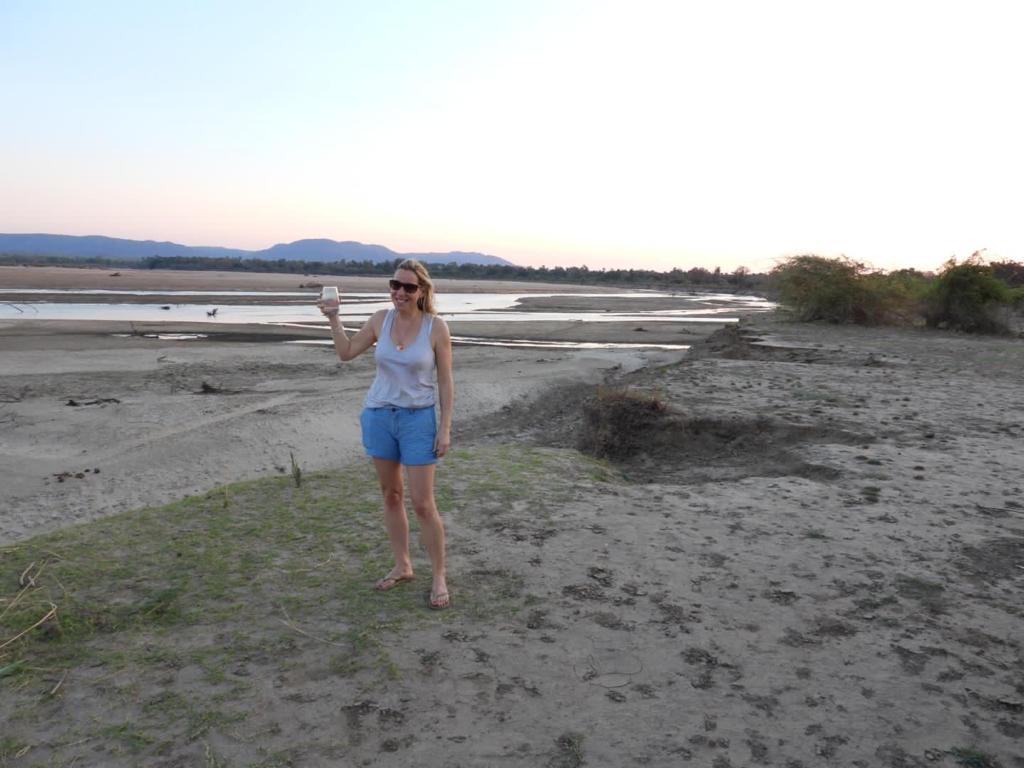 In what may become the norm of travel globally for a bit, all visitors to Zambia must prove they have tested negative for Covid-19 within 14 days prior to arrival.  The process of the PCR test was very easy. Due to the tight turnaround I opted for a drive-in clinic locally rather than a postal test and l received my results 20 hours later. Insurance was also relatively straight forward, and I used the company Battleface which covers all destinations including those under FCDO government essential and non-essential travel advisories.

Heathrow was eerily quiet, hence very little queueing and no trouble socially-distancing.  Masks were mandatory and hand sanitiser was everywhere, however our temperatures weren’t taken which I found surprising…especially as our temperature was taken multiple times a day in Zambia.   There were no eateries open in the terminal other than ‘Pret’, which had a very limited offering given so few customers.

We flew on Ethiopian Airlines and the plane was at circa 15% capacity which meant plenty of room to stretch out. I was apprehensive about transiting through Addis as I knew from experience it can be very busy. However, with their new terminal, there was so much space, with hand sanitizer everywhere, clear signage about socially distancing and seats blocked off to help ensure this.

Like Addis, the Lusaka airport protocols were efficient and smooth.  We had to show our PCR test, sanitise, have our temperatures taken and then head through the visa queue….All in all, to my pleasure, transiting through Africa was a very orderly and reassuring experience.

We spent our first night at Latitude 15° in Lusaka.  Having had endless zoom meetings with the Group Commercial Director, Nicholas Best, it was so lovely to finally see him face to face. Impressively the Latitude team had implemented standard operating procedures which were effective but also engaging. The check-in formalities were done via email prior to arrival so that as soon as we arrived, we just had to sign for our room key.  All the staff wore brightly coloured masks of the local chitenge fabric which complemented the hotel’s style, celebrating local art and creativity.  The rooms had a sanitation sticker on the door showing that they had been thoroughly cleaned and there was clear procedure signage everywhere. Latitude is a spacious low-volume hotel so although we were in a bustling African city the environment was serene and comforting.

The following morning, we flew in a small, private plane to the South Luangwa, one of Africa’s most remote and beautiful parks. We spent 3 nights in South Luangwa followed by 3 nights at Sausage Tree Camp in the Lower Zambezi.  This time of year, one sees some of the most plentiful and dramatic game viewing as it is so dry so the animals are under pressure to find water and survive.

It was my first time to South Luangwa and I was blown away by the landscape and the game experience.  It seemed wherever we looked there was game with wild dogs, leopard, elephants in their numbers. We even witnessed a wild dog hunt which was another first for me….just so exhilarating.

The flight between South Luangwa and Lower Zambezi was around 1hour 20 minutes. Descending into the Lower Zambezi valley must be one of the most stunning landings in the world with the river meandering on one side and the mountainous escapment on the other.

Zambia has been struck particularly hard as their season is only 6 months long and was due to start on 1st April, so the timing could have been terminal. Instead of resigning to the crisis, Sausage Tree Camp immediately changed its strategy and focussed on attracting guests from Lusaka.  This valuable resident business meant that they have been able to cover essential costs required to keep the lodges viable, and most importantly they have been able to retain most of their staff.  We were their 3rd set of international guests they had had all season.

The Lower Zambezi is my favourite part of Africa.  Having the wide Zambezi river flowing in front of the camp felt so relaxing and rejuvenating, especially after the challenges of 2020. As soon as we arrived Jason Mott, the owner excitedly showed me a sight that was going to keep us entertained for the entire afternoon. A dead hippo had floated down river and got wedged on the grassy island right in front of the main deck area.  We settled in and for the next 4 hours it was like watching a live David Attenborough episode.  A nearby pod of hippo were really intrigued and edging closer until one brave hippo actually raised up out of the water and sniffed the dead hippo almost as if to confirm it was actually real.  Meanwhile an orderly queue of 30 odd crocodiles started lining up behind the hippo pod and moved in as soon as the hippos and seemingly given their approval and moved off.  The feeding frenzy that followed was a mixture of serenely calm one minute and violently brutal the next as the crocodiles managed to get themselves right into the hippo carcass.  At one point we counted almost 50 crocodiles feeding.

I eventually pulled myself away to settle into my stunning room before tea and our first game drive.  Each room has a private plunge pool which is certainly needed at this time of year with the temperatures pushing 40 degrees. Sitting in that plunge pool with a herd of elephant feeding on the grassy island right in front of me was such a special moment.  When I think back to how many times over the last 8 months I had wished I was back in Africa….this was more than I could have imagined.

Over the next 3 days we witnessed some of the best game viewing I’ve ever experienced in my 20+ years of safari. We immersed ourselves in the soap opera that is the bush life.  We followed 5 leopards and each time we went out on a game drive was the next updated saga of the soap opera.  Had the one eyed leopard we saw that morning managed to hide her kill effectively enough so the baboons didn’t get it?  Had the old male leopard managed to get a kill whilst we had been gone to sustain him? What about the sick buffalo we saw….was he still alive since the morning?  Existence in the Africa bush is hard but makes for the most stimulating and exciting viewing and stepping into the soap opera every morning and evening for 3 days was a real privilege.

What made our safari experience even more incredible, if an ominous reflection of the times, was that we were the only international guests in both parks.  The people on the ground extended us such a warm welcome, clearly relishing the opportunity to apply their professional skills and share their passion and pride in their country with others again.

Covid 19 has had a catastrophic impact on the conservation within Africa. The parks are under huge pressure with an increase in poaching and bush meat hunting and decades of progress on wildlife conservation are threatened. With fewer guests there are fewer vehicles and fewer eyes on the ground to report signs of poaching or animals in distress.   It’s not just the parks and lodges that are feeling the impact of the lack of tourism but its extrapolation on the wider economy. For example, I met Gillie Lightfoot, supplier to Latitude and the owner of a local interiors boutique, who said: “This year we have seen less than 10% of our normal tourist footfall. This has meant that we have had to cut staff numbers with a huge knock on effect as each member of staff will be supporting 8-10 people. ”

However, I witnessed in Zambia not people despairing but adapting; showing true resilience & finding resourceful ways to survive.   The Lightfoot Zambia tailors started making masks providing employment but also raising much needed funds for the community of Baulini in Lusaka.  These masks can be bought through our giving-back website www.smallworld-oneworld.co.uk

I always feel replenished by any trip to Africa, but this time more than any other.  Seeing the impact on the ground intensified my passion and determination to do what I can do to help this industry that I love so much. It also gave me confidence in the positivity that tourism can bring and reminded me of all the reasons why people should have the opportunity to travel to these extraordinary and enriching places. With a tortuous 2020 nearing its close, let’s hope 2021 is a year where positive, sustainable and responsible travel can resume in earnest again.